Sheria Ngowi is an Exciting Tanzanian`s Young Designer to Watch … Or Just Look at. 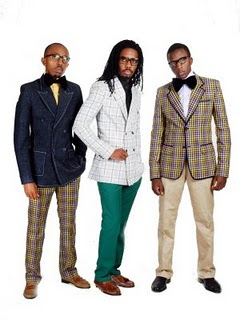 It’s a bit of a find when you come across a designer with a fresh yet wearable take on men’s clothing. So, we got a little excited about this sneak peak at Tanzanian fashion designer Sheria Ngowi’s Spring 2011 menswear line. The combination of swagger (Two-tone jackets!) and old-school geek chic (Bow ties!) in his designs really grabbed our attention. Or was it the models?
No matter, because Ngowi is one of the models. Yep, that’s him in the middle below. Plenty of female designers start out in the industry as models, but male fashion designers with the good looks and physique to be the face of their own brand are far rarer creatures.

Ngowi’s first collection came out in 2008 under the name Sheria Na Mavazi in Mysore, India. And, though he is currently focusing on menswear, there was originally a women’s line as well. He has said he wants to give his full attention to one gender at a time, but that he would like to return to clothes for women in the future. His first official collection came out in 2009 under his own name. The debut was dedicated to his late father, who Ngowi says had a great sense of style. 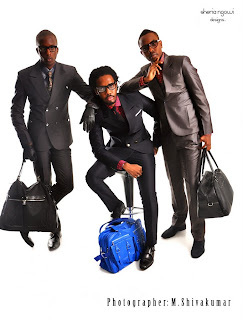 Ngowi likes to juxtapose bold colors and flashy fabrics with precise tailoring and old-fashioned details. He really knows how to work with red plaid and sharkskin so that the finished piece looks vintage instead of tacky.
His new lookbook reveals that he has refined his methods even more, with form fitting double breasted jackets that are restrained without being dull. Very cool.
Ngowi currently creates made-to-order suits in Bangalore, India, where he attended college. He ships worldwide from his home studio. But he and his designs will soon be found
in Dar Es Salaam, Tanzania. He is returning home to open his own flagship store in 2011. Check out his blog here. 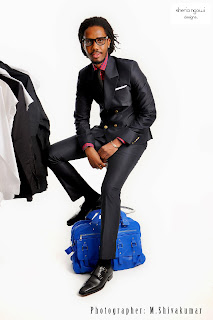 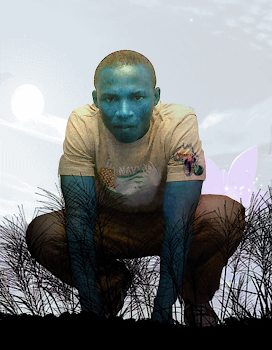 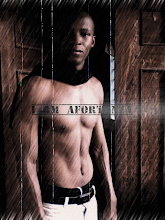 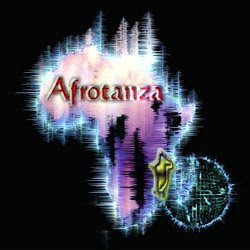